Curtains of Blood: A Peek behind the Phenomena of the Grand Guignol 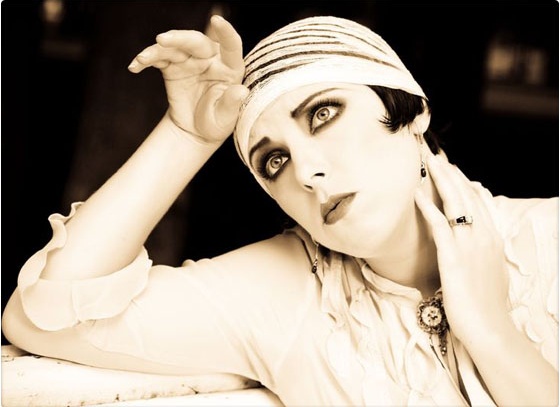 The images conjured by the mention of the Théâtre du Grand-Guignol are singular – oozing madness, amorality run riot, blood flowing by the bucketful, and intricate sadistic revenges. One imagines the conclusion of a night at the theatre off rue Chaptal where patrons stumble out into the night and vomit on the curb, and one or two of the more suggestible types faint outright in the street. A little theatre with its own house physician to tend to patrons overcome by the images, content, and presentation of the performances. The truth, of course, is somewhat different than the image, but the image lives on in spite of the actual theatre’s demise in 1962, the dearth of plays translated and available in English, or any other language for that matter; indeed the virtual loss of this entire theatrical tradition. Considered by some as an example of incredibly bad French taste, like Jerry Lewis worship or taking the post-modernists seriously. Regardless, the Grand Guignol seems as dead as one of it’s own brutalized and tortured victims … yet perhaps the real horror of death is contained not in its reality, but in the ultimate distrust by the living that the dead won’t really stay dead for very long. And so it goes….

Of course I didn’t jump into Grand Guignol without having the strong feeling that somewhere buried in there were some deep, twisted anarchist roots. The theatre was, after all, located just off the Place Pigalle, the natural habitat of bohemians, drug addicts, revolutionaries, prostitutes, proletarians and assorted flotsam; and this in Paris – the Mother of Revolutions, and timed in the final decade of the 19th and first decades of the 20th century. Which immediately brings to mind the great anarchist terrorists Vaillant, Émile Henry and Ravachol, and from the individualist anarchist menu, the Bonnot Gang – who, among other havoc raised, engineered and perfected the motorized bank robbery getaway. And sure enough without too much digging one uncovers the “Théâtre Libre,” the first artistic move towards what would become the Grand Guignol. The Théâtre Libre opened its doors in 1887, and presented comédies rosse (“nasty comedies”), short plays that showed various aspects of the lives and language of workers, and the underclasses. The theatre was above all meant as an experiment in naturalism, which shines through during the Grand Guignol’s heyday. The Théâtre Libre closed its doors due to bankruptcy in 1893, and one of its founders, Oscar Méténier, walked away from the whole experience with a few ideas. Why not stage what these Parisians liked? They read about violence, mayhem, and death daily in such scandal sheets as Le Petit Journal, and the faits divers sections of newspapers, accompanied by graphic presentations of the crimes described. Perhaps they’d pay to see some of the same. Further, what should ever really stop anyone from doing his best to offend the sensibilities of just about everyone? These two seemingly opposed notions co-existing side by side in an intimate theatre of 285 seats and a stage measuring a meager 20 feet by 20 feet – may just yield a profit.

So Méténier opened the Théâtre du Grand-Guignol in 1897, the name Guignol is slang for puppet, based in part on a popular puppet-character from Lyon (a Gallic version of Punch and Judy). Therefore Theatre of the Big Puppet – perhaps we’ll return later and dig into this. A brief note about the building. Originally a Jansenist church, it was deconsecrated during the Terror and probably used for one of the areas political clubs, in the early 19th century a blacksmith’s shop, briefly a church again, an artists studio, and then a theatre. A photo exists (figure 1) from 1937 of an audience watching one of the plays and in it one can see the interior is still decorated by crosses and one can also make out one of the two wooden carved angels that adorned the side panels. From the very first season, Paris knew it was in for something new, an experience of theatre that wrenched you from your seat, that scared you out of your wits, offended your wife and turned your stomach. One offering from the first two seasons shows a general direction, the play is called “Lui!” (the English version is titled “Jack”), authored by Méténier. In it two prostitutes are reading the Petit Parisien and commenting on the story of a fellow prostitute murdered horribly by a customer. Eventually a knock comes at the door – a new customer, Jack (of course everyone knows he’s the killer – now it’s just a question of time and method, the emotional roller coaster starts to climb the hill). The younger of the two prostitutes takes Jack into her boudoir – he pays for champagne, sleeps a bit, she finds the proceeds from his previous murder as she shakes down his pants – and just as homicide draws near the police close in and arrest him. A close call, not overly thrilling, nor particularly erotic – but a nice start.

After two years Méténier handed control of the theatre over to Max Maurey, who after familiarizing himself with Montmartre and its artists turned immediately to stamping the theatre as The Theatre of Fear. He was a master at playing on the public’s impressions of the theatre, and the hiring of the house doctor was done with much publicity and it figured in many of the early reviews of the Theatre. A cartoon from the era shows a doctor examining patrons before entry to ensure that they have a sufficiently stout constitution to withstand the horrors inside. Maurey loved the cartoon so much it was included in early publicity and playbill material. Méténier also introduced Maurey to André de Lorde who for the next two decades would become the writer par excellence of the Grand Guignol style. In virtually all GG revivals at least one, and occasionally several, of his plays are included. De Lorde would always maintain a tone of naturalism in his works, and as the plays became more bloody and horror-filled he sought out help in looking into the souls and psyche of the insane and the criminal; as an example, one of his collaborators was the psychologist and Director of the Laboratory of Physiological Psychology at the Sorbonne, Alfred Binet, the developer of the Binet Intelligence test (and DeLorde’s psychotherapist). A fact I find incredible, like having Jung on the set of the Texas Chainsaw Massacre to rework dialogue. A final example of this commitment to naturalism is the content of the plays, which avoid all supernatural causation; no werewolves or vampires at the GG. Rather what makes the plays so immediate is that much of the content is so damned possible; like being bitten by a rabid dog, or suffering a terrible vengeance by the hand of a jealous, crazed lover. Maurey also paid close attention to the unique stage tricks required to pull off a GG play. In this he was assisted by Paul Ratineau, effectively the theatre’s stage manager, and a master of making the grisly happen (cheaply and effectively) on stage. The stage gags and tricks associated with GG are legendary and are still written about by theatre professionals. It is said that Ratineau and those managers who came later had perfected at least 9 different types of stage blood. Note that each type was for different kinds of wounds, or effects, some flowed, some stuck to the skin, another type squirted. The most popular blood at the GG actually coagulated after application – it is known that this type required heating just prior to use and “scabbed” as it cooled. A neat fact understood by return patrons of the GG who when they heard whispered from backstage – “Edmond quick! Warm the blood!” knew that things were going to get intense – and soon. One other gag that was uniquely Grand Guignol was the eyeball gouged from the socket. For this trick Ratineau used sheep eyes purchased from local butchers, they were drained of fluid and anchovies dyed red were placed (sewn? stapled?) inside. The GG stage crew were proud of the fact their stage eyeballs bounced when gouged out and squirted horrifically when stomped on. Add to this the knives with retractable blades, scissors that squirted blood, artificial limbs hacked off and you have an idea of what the audience so feared, and had paid to see. Recall also that these stage tricks were being done within feet of the first row in the audience, and there were neither retakes nor do-overs – an eye gouge had to work for every performance, perfectly. Ratineau put his skills to making all these stage tricks effective and after his leaving the theatre several other masters of the trade stepped in and developed upon his promising start.