Dispatches from Brazil One: Swimming Pool and Ocean, Manumission for a New Millennium 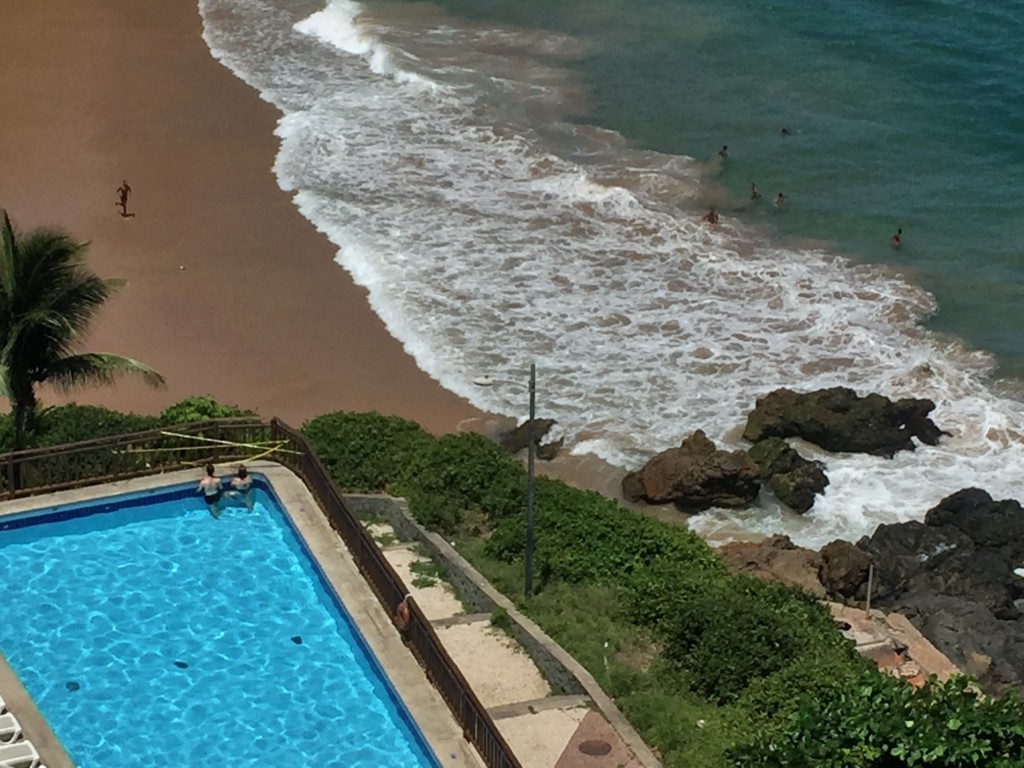 (Salvador, State of Bahia, Brazil) I sit and look out from my hotel room at the lurid spectacle of civilization decomposing in front of my eyes. I had some time between presentations about my experiences in Rojava and decided to spend a few days of R & R on the beach in the city of Salvador. The hotel is virtually empty and, save a few inmates on the first and seventh floor and the staff, I seem to be here alone. It’s hot and the smell of ocean and city mixing on lazy afternoons seems to reflect the mélange of tropical juices and liquor that define the beverage choices at this hotel.

The hotel has a swimming pool, set off the beach by several hundred yards. A typical quadrangle affair painted light blue, with beach chairs set in mathematic precision around the edge. A flourish of palm, grass and umbrella completes the tableau. Tourists inhabit the scene. Primarily folks from the Brazilian middle and upper middle class, they include a few young families and older couples — either retired or in that state of metamorphosis from gainfully employed to aging obsolescence.

The denizens of the pool lead an amphibious life. Much of their time is spent reclining in beach chairs, reading from either books or pads, and adjusting ill-fitting swim wear. Most are lighter skinned Brazilians, indicating some wealth and enfranchisement into the dominant culture. Young moms and dads watch their respective broods, occasionally issuing warnings about the depth of the pool, the intensity of the sun, the heat of the concrete, and the constant refrain, voiced in Portuguese, Spanish and German of “Don’t run, you’ll slip and fall.” The youngsters heed nothing and constantly swim in the deep end, wipe off sunblock, burn their feet on the steaming concrete and race like demons around the pool. The old folks sun like lizards and when they feel the urge move slowly towards the pool, entering the water slowly using a set of concrete stairs. Once in the water they stand around the edges, they wade, their arms moving in graceful semicircles in the crystal chlorinated water. One night I watched as four or five folks stood in a watery circle talking and laughing, very much like a conversation at a party or reception. The social space only slightly skewed as a result of the movement of water and bodies. At one end of the pool, a view can be had of the beach as it stretches off to the north. Usually at least one, sometimes several, swimmers can be seen standing in the north corner of the swimming pool looking off towards the beach and the curling surf. And what they see likely attracts and repels them in the same instant, because in that scene of crashing sand and sea other actors can be viewed, homeless black kids as they play and churn in the restless sea.

I had tried to get to the ocean and beach one afternoon but was informed by the hotel security guys that it wasn’t safe. Specifically that the kids who used the beach were from the favela and they might be a problem for hotel guests. Evidently the security folks considered us prey for the predators who swam and lazed on the other side of the hotel’s barriers. Truths sometimes peek out from behind ridiculous situations. This, apparently, is one of those times.

← Report Back from the Rojava Revolution Bay Area Tour
Dispatches from Brazil Two: The Pot comes to a Boil, Many Demos, and Is there any Right left? →