“The blood of martyrs never touches the ground.”
–Kurdish Proverb 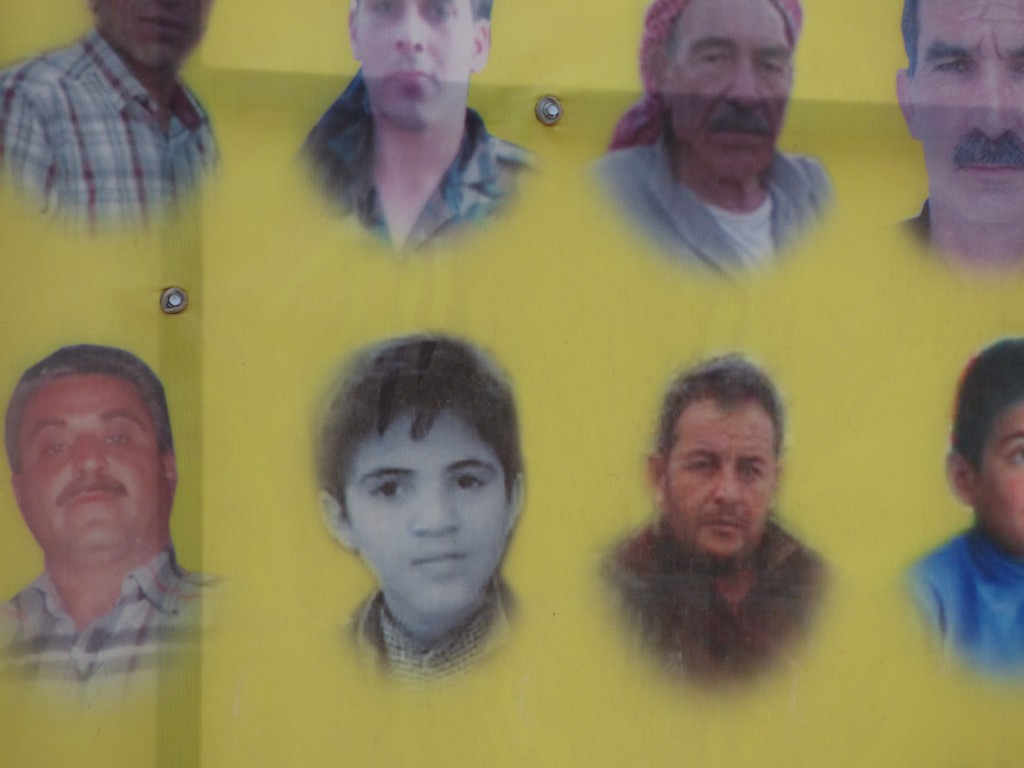 So I had been kicking around Kobane for a day or two and had made some good contacts in the media center and also the YPG. One afternoon the translator and I had stopped by to see what the YPG were up to; it was quiet, mostly. Then a commander came walking through talking rapidly and pointing. I looked at the translator and he said that the YPG are helping to escort the bodies of 18 YPG/J fighters from Kobane Canton to Cizere Canton for final burial. There was some kind of ceremony that was supposed to happen too. So we saddled up the Hyundai minivan and followed the racing YPG cars to wherever it was they were going.

We landed at a building with an enclosed courtyard near Kobane’s sook. It looked like it must have been a sports club, likely volleyball as it had changing rooms and a volleyball court sized enclosed area (As soccer is to Brazilians, so volleyball is to the Kurds, an obsession, a crazed, fan-driven juggernaut). The building had been expropriated and given to the Institute for the Families of the Martyrs, a revolutionary institution to provide support for folks who lost people in the fighting, and to keep the memories of the martyrs alive. Not that the latter task needs much energy, the photos of martyrs are ubiquitous. They are hung in shop windows, on poles, on the walls of offices, in magazines, in Asayis and YPG outposts, in town squares, in schools; in fact, basically, everywhere. And these posters and what they represent resonate deeply with the Kurds. What is interesting in all this is the anonymous nature of the Martyrs, there aren’t just one or two, or even dozens, there are literally thousands. Sure, some stand out, like Arwin Mirkhan, a young PYJ fighter who with her team was leading the final assault on Mishtehnur hill above Kobane. They were separated from the main assault body and shot up piece meal by Daesh (terrorists) fighters. With all her comrades dead or gravely wounded she resolved not to be taken alive and sold into slavery or beheaded. In the chaos of the final seconds of her life Arwin Mirkhan doused herself with a Molotov cocktail and lit a match. 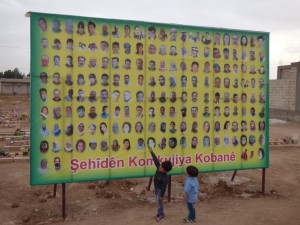 At the center a hundred people or so have gathered, women sit in one room and men in the other waiting for the arrival of the Cizere delegation to accept the bodies of the dead. It is quiet, my TEV-DEM contact, Mr. Shaif is there and he thanks me for attending. We wait, we talk, we drink tea. An old bus, with windows missing is eased into the courtyard, we wait some more. Finally the Cizere contingent arrives, older men and women, some TEV-DEM, some of the parents and family of the martyrs, some private folks. They are led into an open room and the certificates for burial and death are passed ceremoniously to them. They accept. There are no tears. 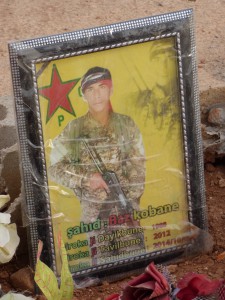 The Kobane and Cizere contingent board the bus, I wheedle a seat for the translator and me. We drive to the Martyrs cemetery, some words are spoken by people representing Kobane thanking Cizere and the sacrifice that the fighters made for the freedom of Kobane. The Cizere contingent affirms their support and commitment to Kobane and the Revolution. The occasion is brief, solemn. More than one mother of a fallen fighter is in the audience, yet it is quiet. There are no tears.

We are now late and the old bus blasts like a rocket back through the dusty streets. The area around the Institute is alive with activity as cars carrying the flag draped coffins of the fallen pass by the gate and people look on from the surrounding streets. I dash around the corner to see what’s happening at the gate to the center. The women have come out of the institute compound and stand chanting on the streets, fingers raised in the V for victory salute. The individual cars carrying the heroes pass the saluting crowd, driven by YPG soldiers who return the V salute. The women chant in both Arabic and Kurmanji, occasionally making the zazi, the uniquely regional feminine ululation, which can be heard piercing the still heavy air. 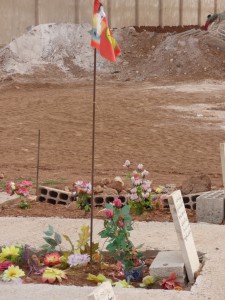 I look on and without thinking I raise my hand in a V salute, but remain silent. There is no longer seeing or hearing this scene, only feeling it. My throat tightens and I find myself hating and loving in the same moment. Loving these young fighters who died for freedom, real freedom; and hating the fact of their deaths, too young, too brave, too many, and those who killed them — Daesh scum. If I could have killed every Daesh fighter in that moment, I would have. Every. Last. One. I reel in my emotions and look over to the gathered women on my right. Their faces are a blur of sadness, gratitude, and determination. I realize that this wasn’t about the Siege of Kobane, it was about the next, inevitable battle. It was about those who will die, as much as those who have. And there are no tears. Except my own. 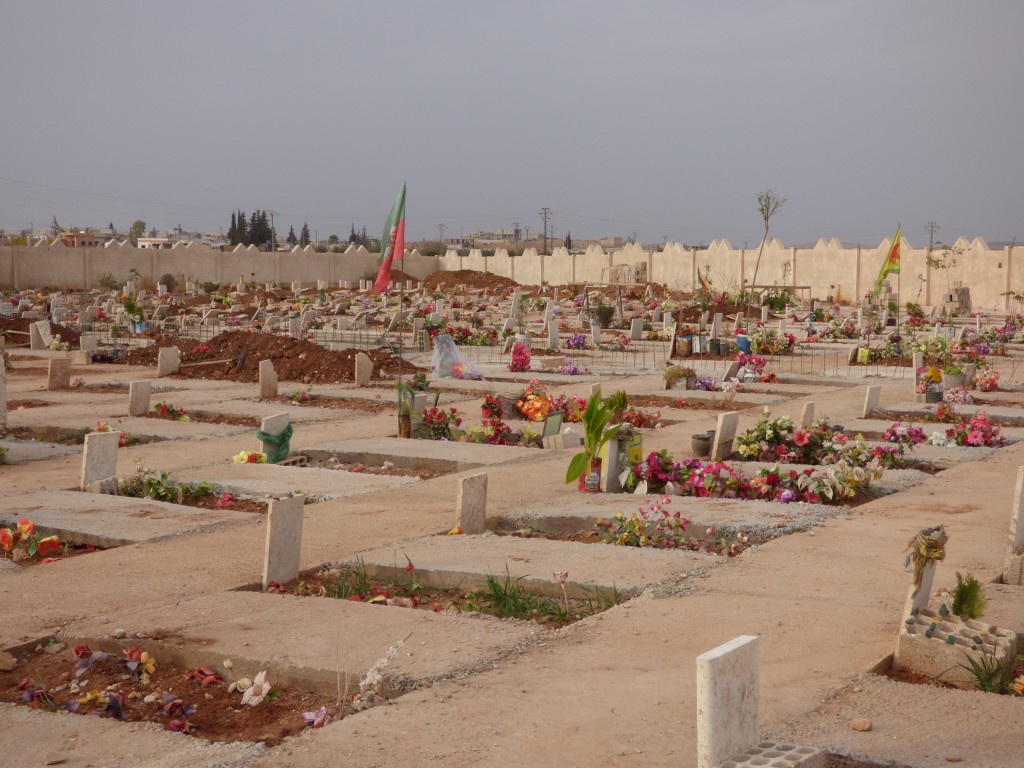